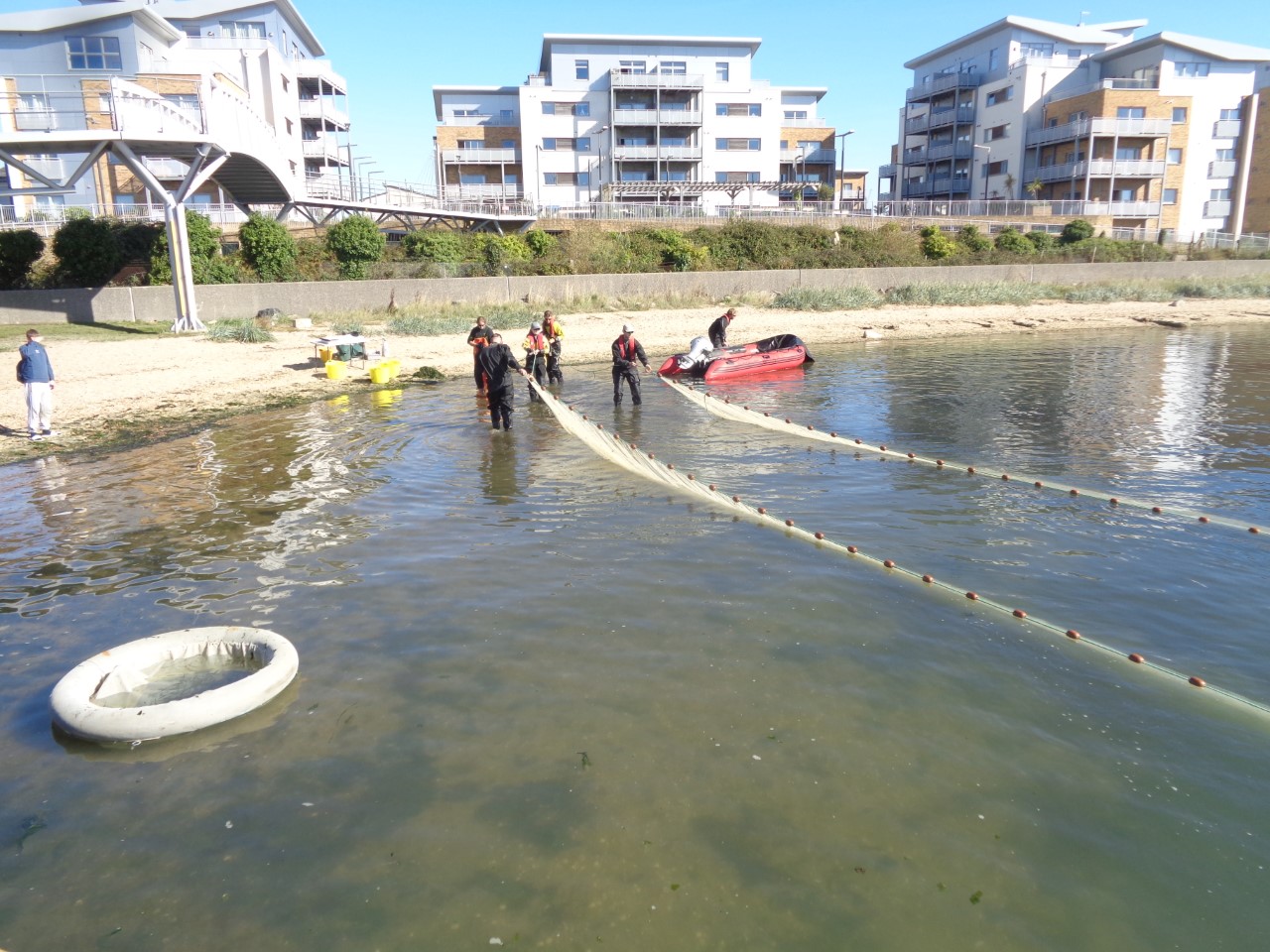 Whilst litter picking at the eastern end today, we came across some unusual activity that turned out to be a party from the Environment Agency Fisheries Dept carrying out a fish survey. They told us it is something they do on a regular basis at four locations in the Dorset area, usually twice a year at each.

It is done by deploying a trawl net into the water about fifty yards out (in this case just to the left of the old power station outlet).  The depth of water at this point was probably less than three feet and it is then drawn back to the shoreline. The contents are then sorted separating the fish from the weed and the fish are then placed in a keep net.

We were quite surprised at the size of the catch from just one trawl – at least 100, probably more, most of them young fish about 3 to 4 inches long!

We never imagined there was such an abundance of wildlife so close in to our park’s shoreline.  The team seemed quite pleased with the amount of fish they had found and told me the majority of the catch was bream, bass sprats and herring.

So keep an eye out for our finned friends – it’s great that there is such an abundance of life just off our shores!