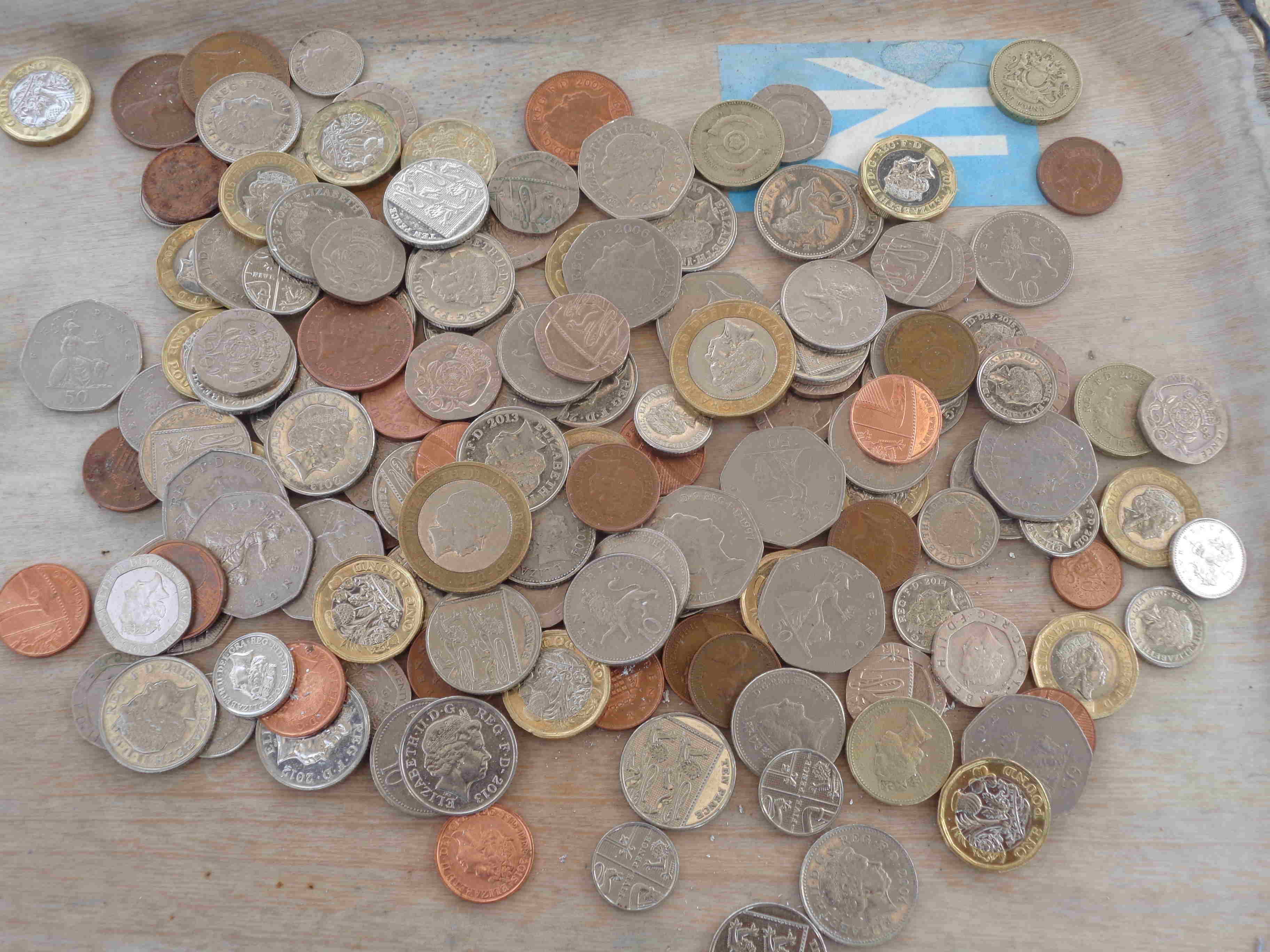 “Save the pennies and the pounds will look after themselves.”

That’s the old saying and it’s as true today as it ever was. Although we are confident of raising the funds necessary to save the paddling pool, we are not there yet and fundraising goes on.  The Friends have been really surprised at the amount of donations we have received in the collecting tins that you see in many  Hamworthy businesses and at park events. We have been overwhelmed by the amount generated – these collecting tins have so far contributed over £4500 to our paddling pool project.

This success is entirely due to you, the hundreds if not thousands of donors that have supported our project by not only dropping a few pence through the slot but often several pounds.
Pictured are the contents of the collecting tin from the Park Cafe that was emptied recently.  Most noticeable are the amount of silver and £1 coins compared to the copper – this directly reflects the support you are giving us and we really do appreciate it.
The eagle-eyed amongst you may have spotted ta few old pound coins and even the odd euro cent and an old German 10 pfennig piece – we are pleased to accept any of these. The banks will take the old pounds and we are investigating an organisation that will buy the many foreign coins we have accumulated.
Thank you!

One thought on “Paddling Pool Fundraising – save the pennies and…..”