It may be deepest, darkest winter but there is still plenty of wildlife in Hamworthy Park.

The Turnstones are still turning stones – we reckon there are 25 in the photo below, but they naturally camouflage themselves against the rocks, so there could be more. 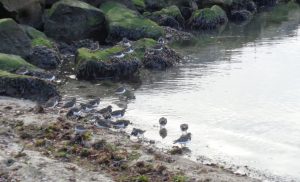 We had a flock of 18 visiting Brent Geese just recently but when we returned with camera in hand a few days later only one remained. This is rather unusual as normally they stay together.  This solitary one remained with us for two weeks before disappearing – hopefully going off to join the rest in Holes Bay. 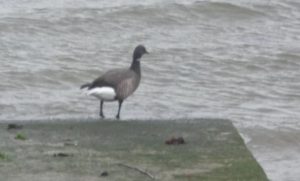 Here is some wildlife that is a bit more controversial.  If only the gulls could find somewhere else to roost as they make such a mess on the children’s swings. 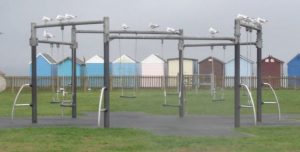 And finally, don’t panic! It’s not what you may think at first glance. Luckily,  this turned out not to be a snake, but just part of a child’s stuffed toy. 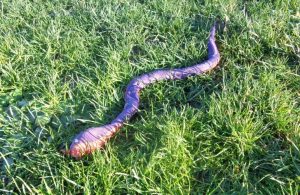