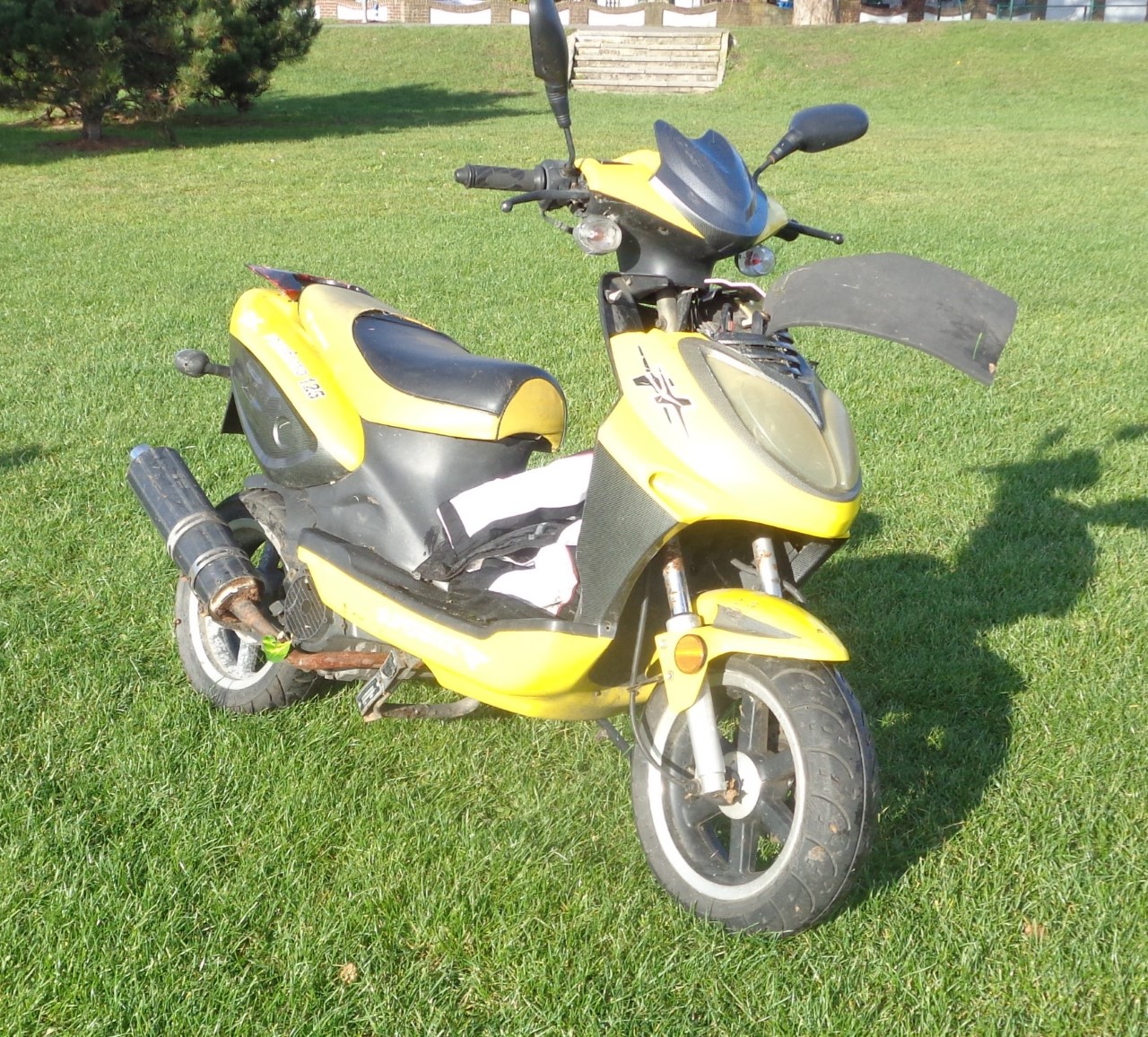 Today we were planting large daffodils in front of the shrubbery at the western end of the park. We often come across litter when carrying out these tasks, but not normally on the scale of what we found today!

Almost hidden from view was a motor scooter! This was well beyond the capacity of the litter pickers to extract from the bushes.

It was eventually hauled out by a group effort and deposited by the main entrance barrier. With the council informed, we then went down to the eastern end. There,  we aimed to recover two mangled bicycles that we did not have time to deal with last week. One of them had disappeared but the other was placed alongside the scooter for disposal.

The Wednesday volunteers meet every Wednesday outside the Park Cafe, 10.00am, for litter picking, light gardening, and general maintenance. Make your mark on the park. Just pop along and join us!