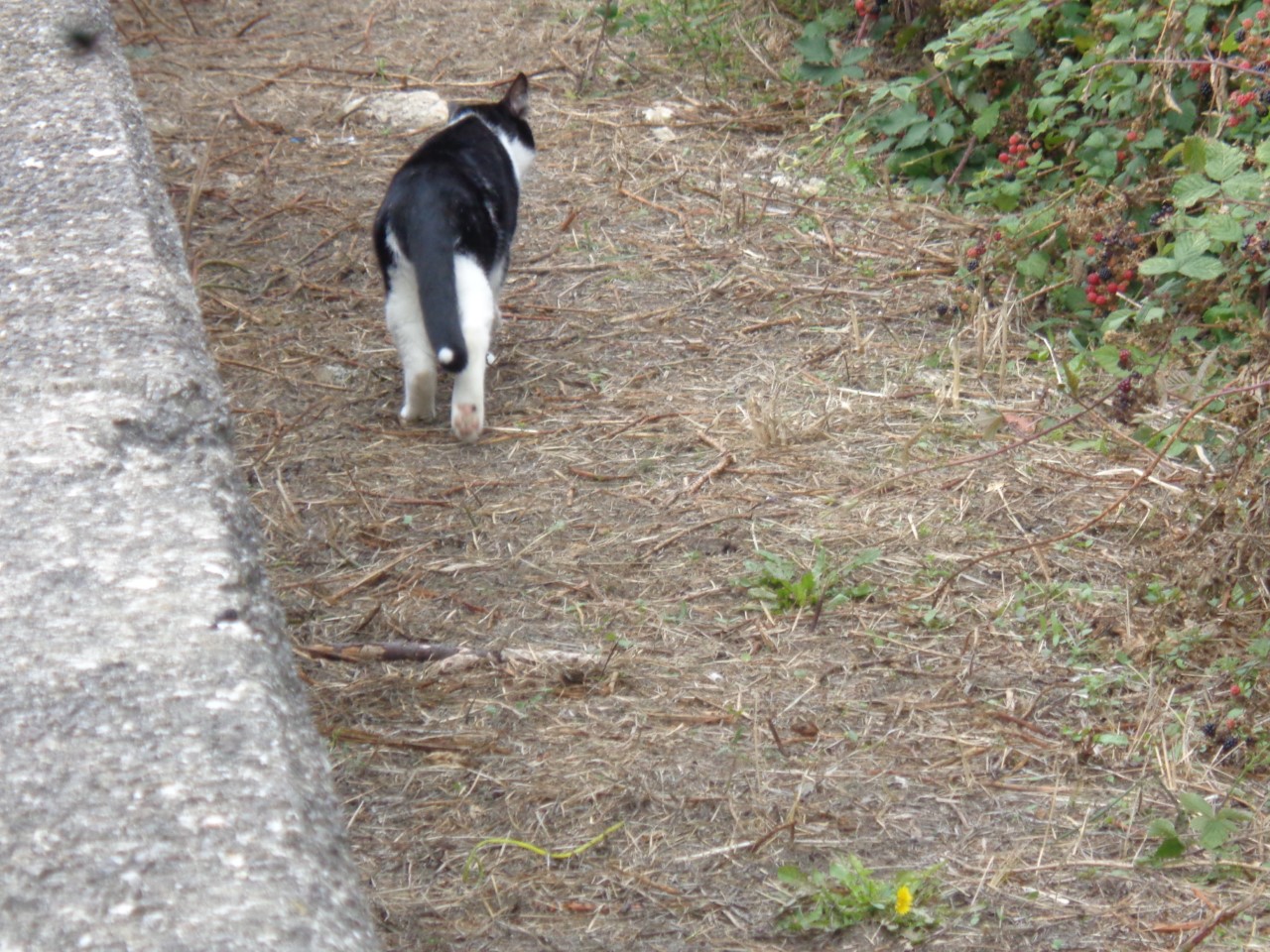 Whilst carrying out a litter pick recently, a clump of attractive pale yellow flowers (pictured) were found growing in some stony ground at the eastern end near to footpath adjacent to the approach to the footbridge. Do we have an expert on wildflowers who can identify them? They have since fallen victim to the mowers, but it would be great if someone could help to identify them. 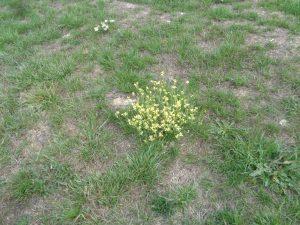 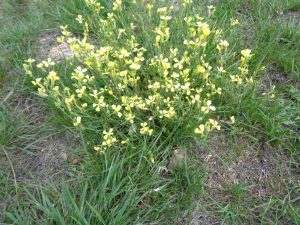 Whilst a large number of our park users are dog owners, we don’t get too many cats visiting the park. Pictured here is one making use of a wild area of brambles at the eastern end as it hunts for prey. It appeared to wish to keep it’s identity secret as it was reluctant to face the camera. However, it is believed to be a regular visitor and is often seen relaxing in the sunshine on the eastern end flood wall.