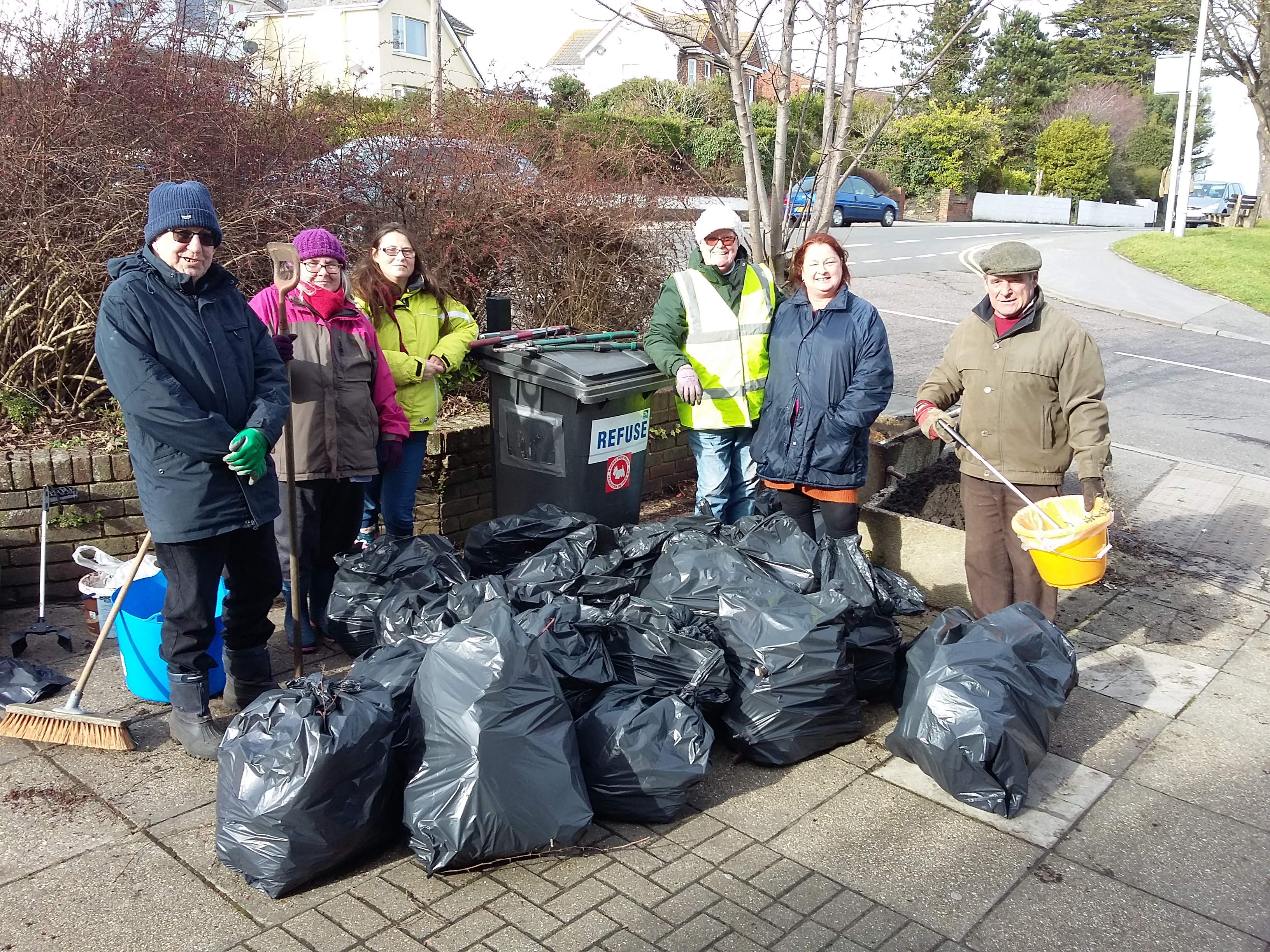 On Saturday 9th February, 15 FOHP volunteers of all ages were out and about for a spot of litter picking and gardening.

The Saturday Volunteers made short work of the litter along Blandford Road. We started from the parade of shops with McColl’s, Boots and around Adam’s Practice, then south down to St Michael’s Church and Cobb’s Lane, and north up the road as far as Hamworthy Dental practice.

The planters outside McColl’s and Boots were in a much worse state than we had anticipated. There are two small concrete planters and one large brick planter with trees and shrubs.

We litter picked the larger planter and hoed the soil over.  There is a large and thorny bush that needs trimming right back – we will need to return with better gloves and clippers! Ouch!

We emptied a mixture of water and mud from one of the smaller planters – roots from a nearby tree had blocked the drainage hole. This planter will need to be moved and, after the roots are cleared, refilled and planted up.

FOHP will return later in the spring to finish the job and get the planters full of colour. 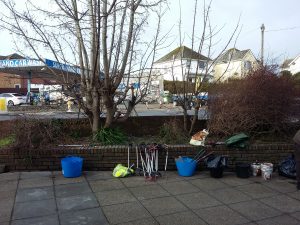 Plan for improving the parade of shops

While we were litter picking, we were approached by a local resident. He showed us this plan for improvements to the space outside the McCool’s/Boots parade of shops. The proposed improvements include a salt bin so the steps, ramps and steep pavement can be treated in icy weather, the replacement of uneven paving, the installation of a cycle rack and a line of bollards to prevent illegal parking. Looks good to us! 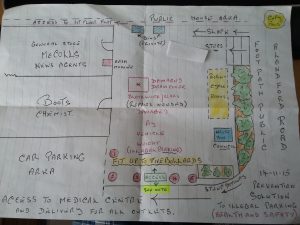 Hamworthy Recreation Ground is next on the list for some litter picking and TLC. Saturday 9th March, 10.00-12.00. All welcome for 5 minutes or 2 hours of community action. More details to follow on Facebook and the website.