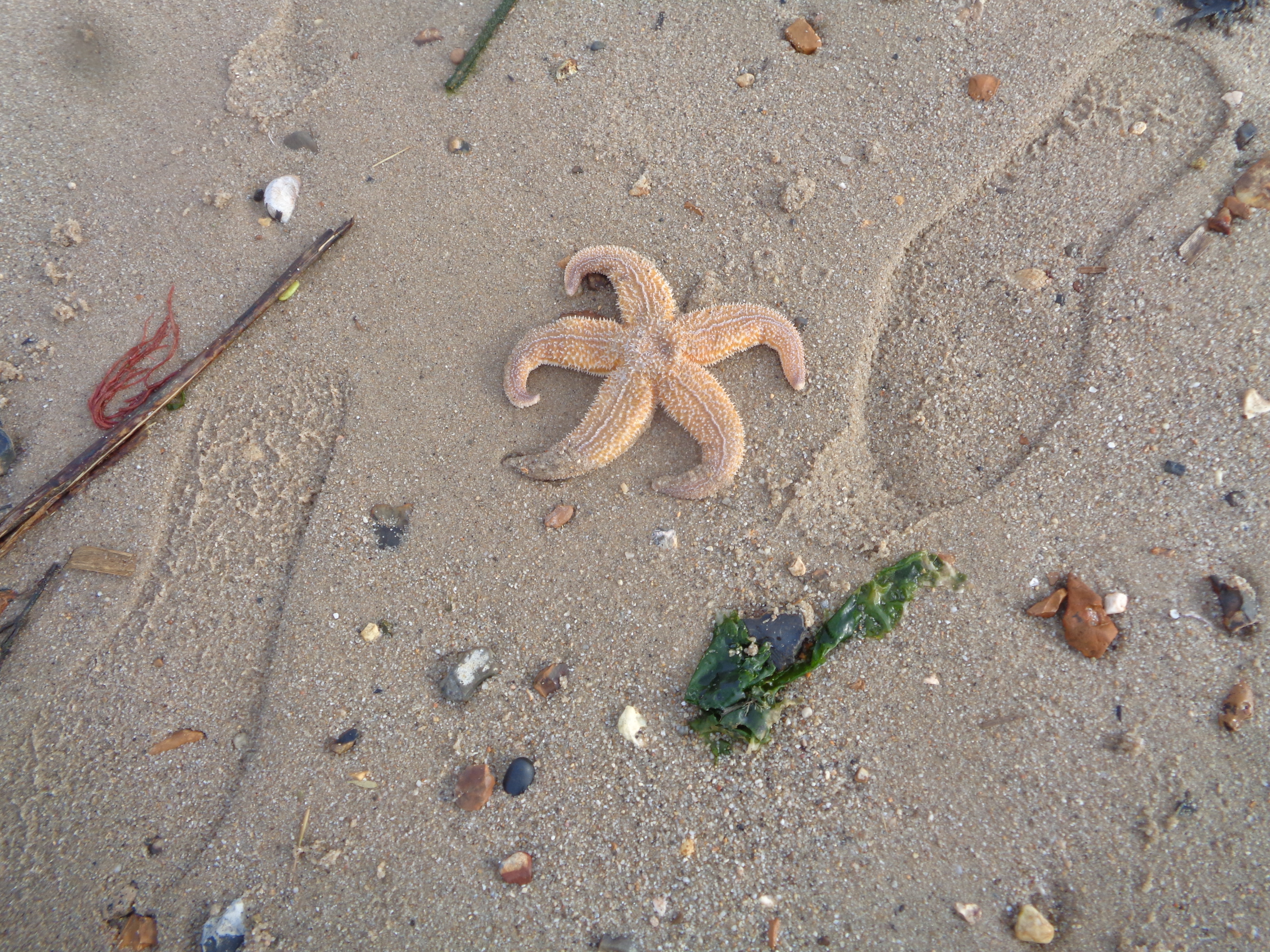 On Wednesday,  the volunteers carried out the usual litter and dog poo picking. We also cleared the flower bed in front of the cafe of the ornamental grasses. This was because they were starting to smother the rose bushes. With this done, we could prune the roses that could not be reached last week.

The bed looks a bit of a mess now but we will tidy it up this coming Wednesday and meanwhile consider what new plants we might put in. Hopefully, over the winter months, a number of the existing primulas will provide a bit of colour.

Sand on the promenade

Having cleared the western end of the promenade of sand and debris last week, we found that the eastern end was not so bad. What had been deposited there was returned to the beach.

The previous Wednesday, we were busy at the western end of the park. So we are not sure when it occurred – but we see that a tree near the redundant outdoor education centre had blown over in the recent strong winds. We’ve reported this to the Council who will hopefully deal with it soon. The Council doesn’t allow our volunteers to use power tools in the park – something that we are working hard to change! 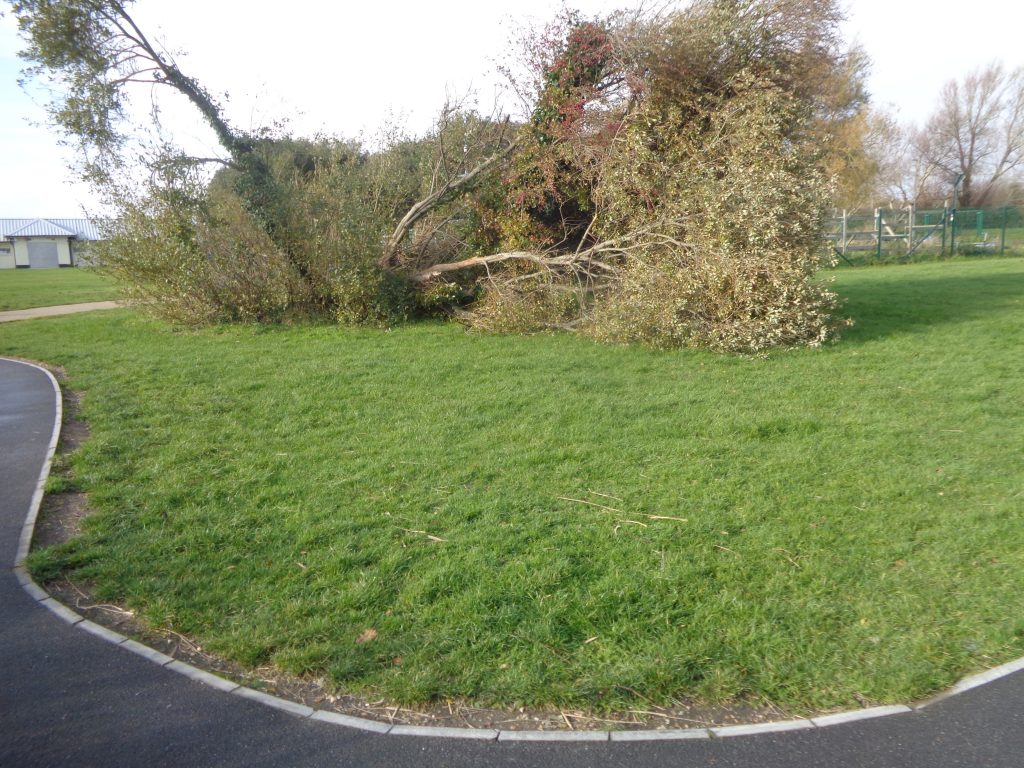 A spectacular looking star fish was seen today – the largest one I have seen in one our beach. A man was trying to return it to the water without much success as the next wave beached it again. Not being an expert on marine life, I’m not sure if it is too late once it has been deposited on the beach – perhaps there is an expert out there who can let us know.

Last week we noted that something in the water near a groyne had taken the interest of a lady – she informed us it was a cuttlefish she had seen swimming, but when I got there hoping for a photo it had disappeared. We know they are about as it is not unusual to find the odd cuttlefish bone on the beach. 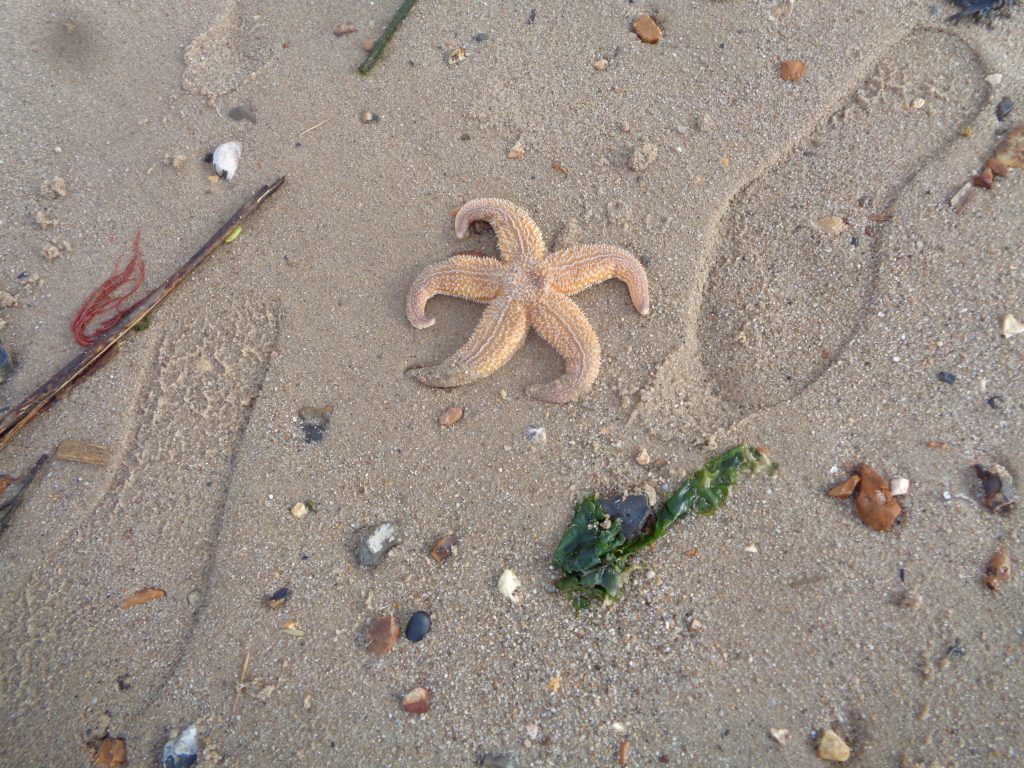 If you would like to get some fresh air, meet people and make a difference, then come and join one of our volunteering groups.

Wednesday Volunteers – meet every Wednesday in Hamworthy Park, 9.30 am outside the park cafe. Just turn up!

Saturday Volunteers – we run a programme of Saturday volunteer events roughly once a month.