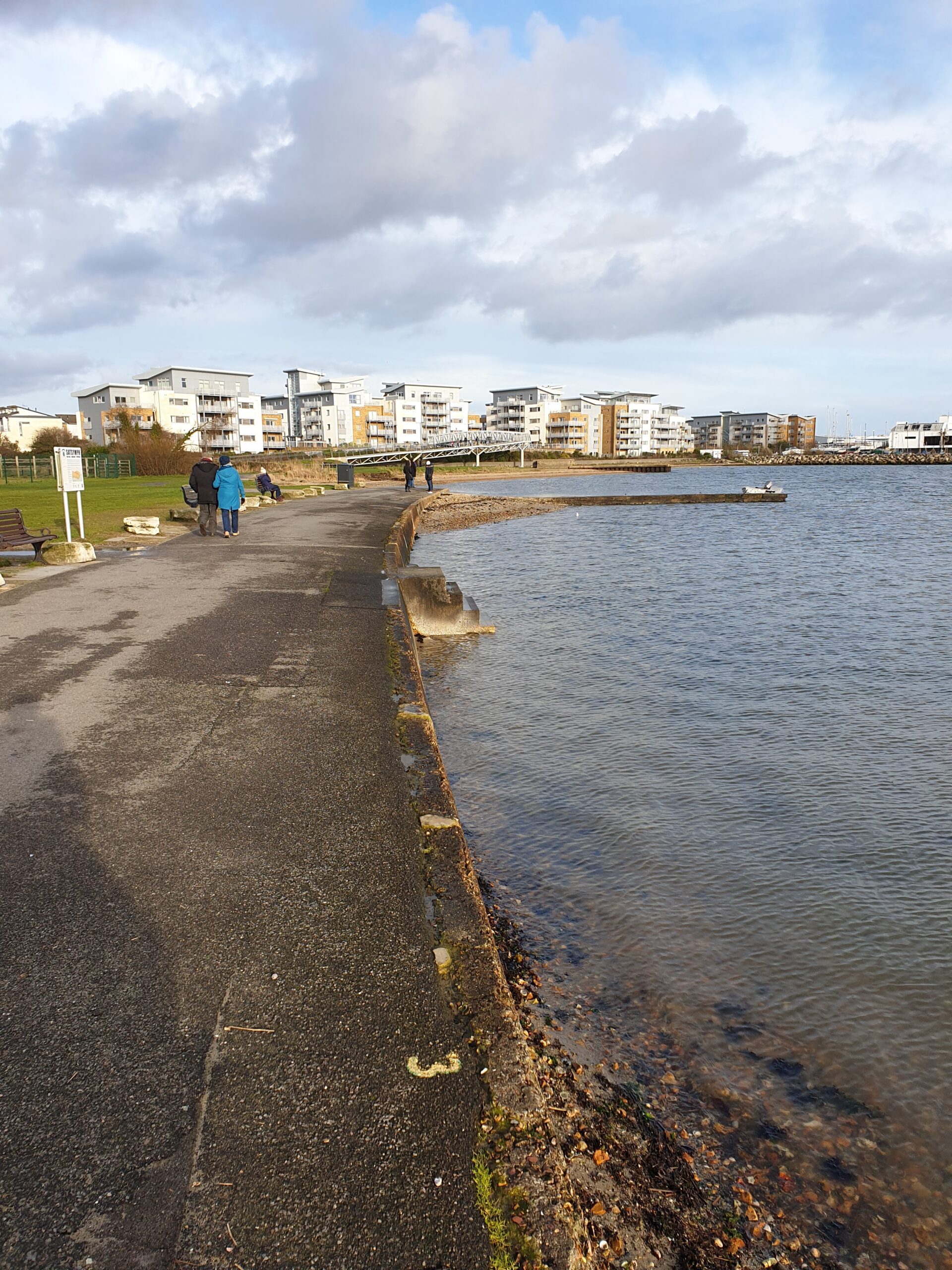 After the collapse and repair of a section of the prom last year, engineers have been investigating the state of the promenade foundations. The foundations are in good shape, as is the main structure of the seawall behind the outward-facing wall.

Armed with this knowledge, BCP Coastal Assets Team have proposed re-fronting a circa 200m section of the prom. This goes from the Outdoor Education Centre, past the new beach huts, up to where the prom turns the corner.

This involves fixing steel reinforcement to the existing wall, then spraying liquid concrete mixed with polymers to form a new face. This would be done in sections with expansion joints in-between. This means they can work in sections as the tide allows.

Two other options were considered: a complete replacement would cost in the millions and be hard to fund because the promenade seawall is only the secondary flood defence in the park – the bund wall at the back of the park being the primary flood defence. The other option would be to continue patching sections of the wall as they fail. But replacing even a small section of seawall is costly. So it is more cost-effective to replace the 200m frontage on the worst effected area.

The next challenging is finding the funding for this project. BCp have said we’ll have another meeting in the next 2 months or so. We’ll let you know as we hear more about the Hamworthy park promenade refurbishment.