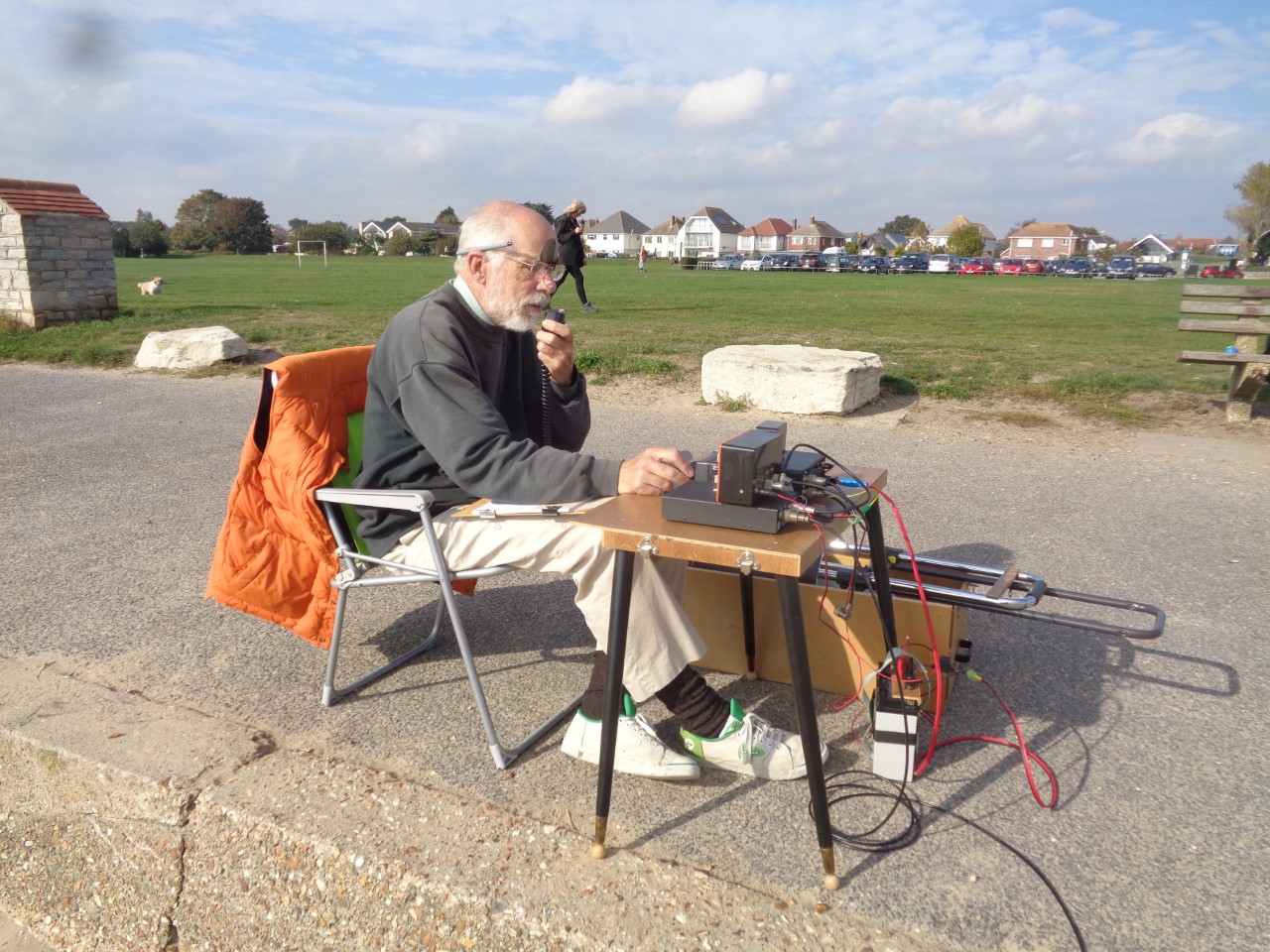 There are many clubs in Hamworthy Park, but this one was new to us. Strolling along the promenade, we spotted what we took to be an enormous fishing rod held up in the air but as we got closer we realised no one was holding it.

It was, in fact, a radio aerial secured in the beach.  The owner, an amateur radio enthusiast, was busy talking to a fellow radio enthusiast in some far off country.  We got talking to him and he told us our park is often used by members of Poole Amateur Radio Club as it is a very good location to practise their hobby.

Apparently, radio signals tend to be stronger near to water and Hamworthy Park is a particularly good area for picking up signals. As we were talking, he was picking up a message from Canada but it appeared they were unable to hear his response. Earlier, he had been in contact with a fellow radio enthusiast in Italy and another in Poland with better results.

Sometimes, on a good day, signals can be picked up from all over the world –  Indonesia and New Zealand are two locations he had been in touch with recently.

It makes you wonder just what other hobbies and pastimes are pursued in Hamworthy Park! If your club, group or organisation uses Hamworthy Park, or you practice your hobby in the park, we’d love to hear from you.