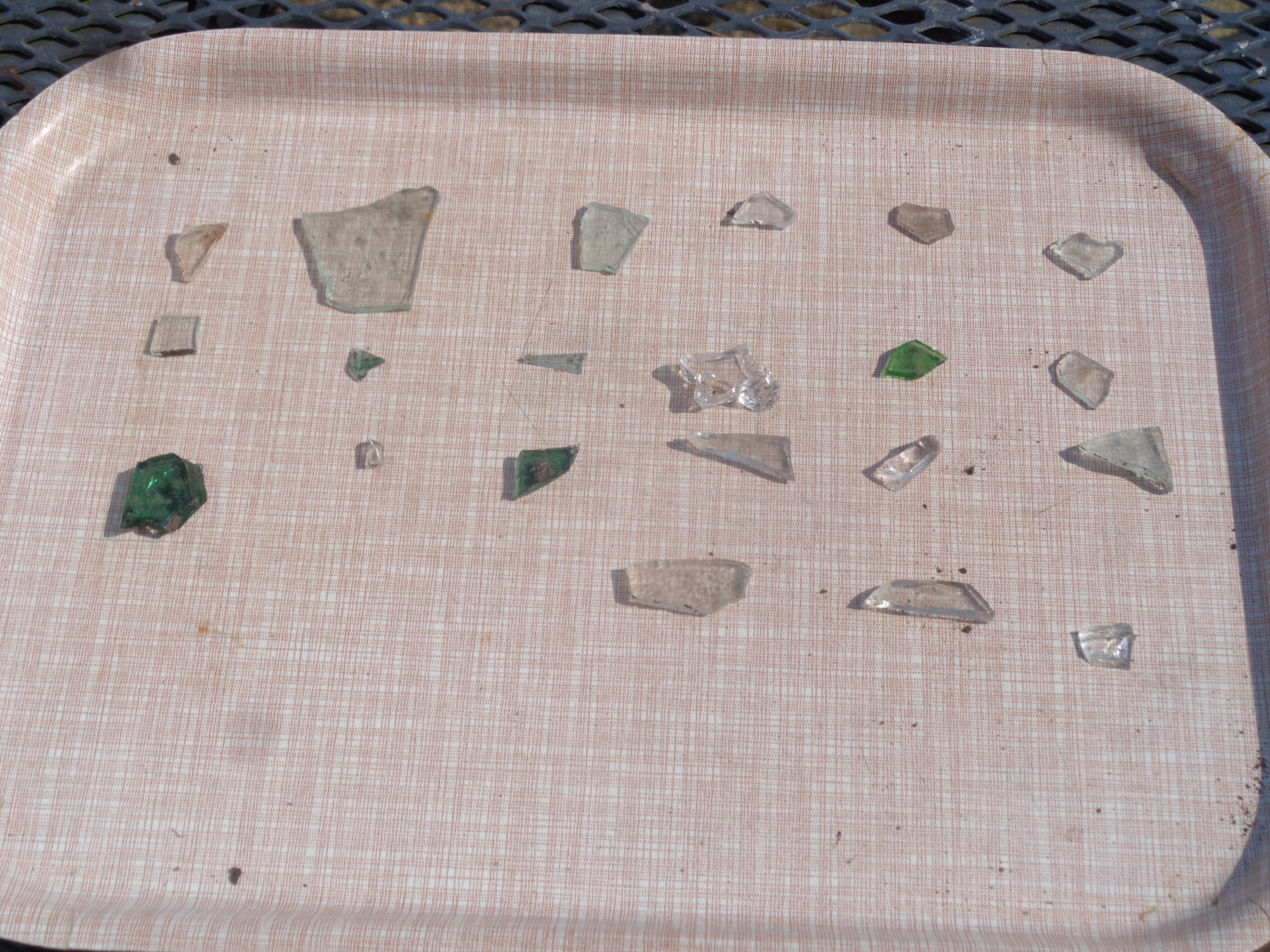 Last year, particularly in the dry summer months, the Friends were made aware that broken glass was becoming a potential hazard as it was constantly appearing on the surface along the top of the Western end flood bank.

A member of the Wednesday working party picked up a number of pieces but within a week or so more had appeared. The situation was constantly monitored and on another occasion 32 shards of glass were picked up.

We reported this to a Council Officer but we were told it was the responsibility of the Environment Agency – either way, nothing official has been done to solve the problem.

We have recently had another dry spell and it appears the problem has not gone away. This week twenty-one pieces of glass (see photo) had broken the surface and were picked up by a Wednesday Volunteer.

As it seems likely that this will be an ongoing problem we wish to bring it to park users’ attention, particularly dog owners and possibly parents of younger children.